GET THE LATEST NEWS HERE

Personal protective equipment (PPE), such as safety goggles or steel-toe boots, are standard in any contractor worksite. Because contractors work with a wide array of tools and materials, they need special equipment to protect them from various hazards. Although PPE may be introduced when workers are learning safe operating procedures in their initial training, this can fall to the wayside once workers are more comfortable working onsite. It may seem like a hassle to find and wear protective eyewear when performing a quick soldering job, or it may seem like a hassle to find and put on gloves when lifting a wooden pallet. However, accidents occur when they are least expected, and proper PPE presents a formidable barrier between safety and harm.

If you were taught to complete a task with personal protective equipment during your initial safety training, then always use the same personal protective equipment when completing the task. You never reach a point of competency where you are immune to accidents or danger. Even if you think you could complete a task while blindfolded with both hands tied behind your back, there are still surrounding factors - factors outside of your control - that can harm you. Consider the following case studies:

In all of the above examples, personal protective equipment was the only barrier between safety and harm. The incidents and hazards had nothing to do with the employees’ skill level. Had Rob, Nick, and Alex assumed that they were competent enough to work without PPE, they would have been injured. Their injuries could have caused them time away from work, reduced pay, and weeks of rehabilitation. Though it may seem like a hassle, personal protective equipment is always worth the extra time it takes to put it on.

At the end of this talk, review some rules of PPE that are specific to your company. This can include a rundown of the most common PPE in your industry, and when it is mandatory to wear it.

The information contained within this document (both the online and downloadable version) is provided for informational purposes only. Nobody shall take this as a comprehensive or exhaustive resource on this topic. This material is believed to be accurate, however, the information has been compiled from multiple sources, and so Industrial Compliance & Safety assumes no responsibility for the accuracy of this information. We encourage you to consult experts about this specific Toolbox Talk to ensure you are compliant with any and all safety regulations and processes. In no event does the content of this document supersede any applicable local, state, or federal statutes or regulations. Looking to get your company ISNetworld® Certified? Look no further! We can help you get your account set up and completed! 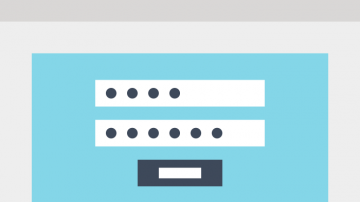 Looking to outsource the handling your ISN®, Avetta, BROWZ or similar account(s)? We have the best solution for you! See how we can help. FAQs You can see here what the most common FAQs we get in regards to ISNetworld®, Avetta, PEC Premier, our services, and other points of interest. Feel free to read through them and if you have any additional questions you do not see answered …